The Black Wolves of Boston 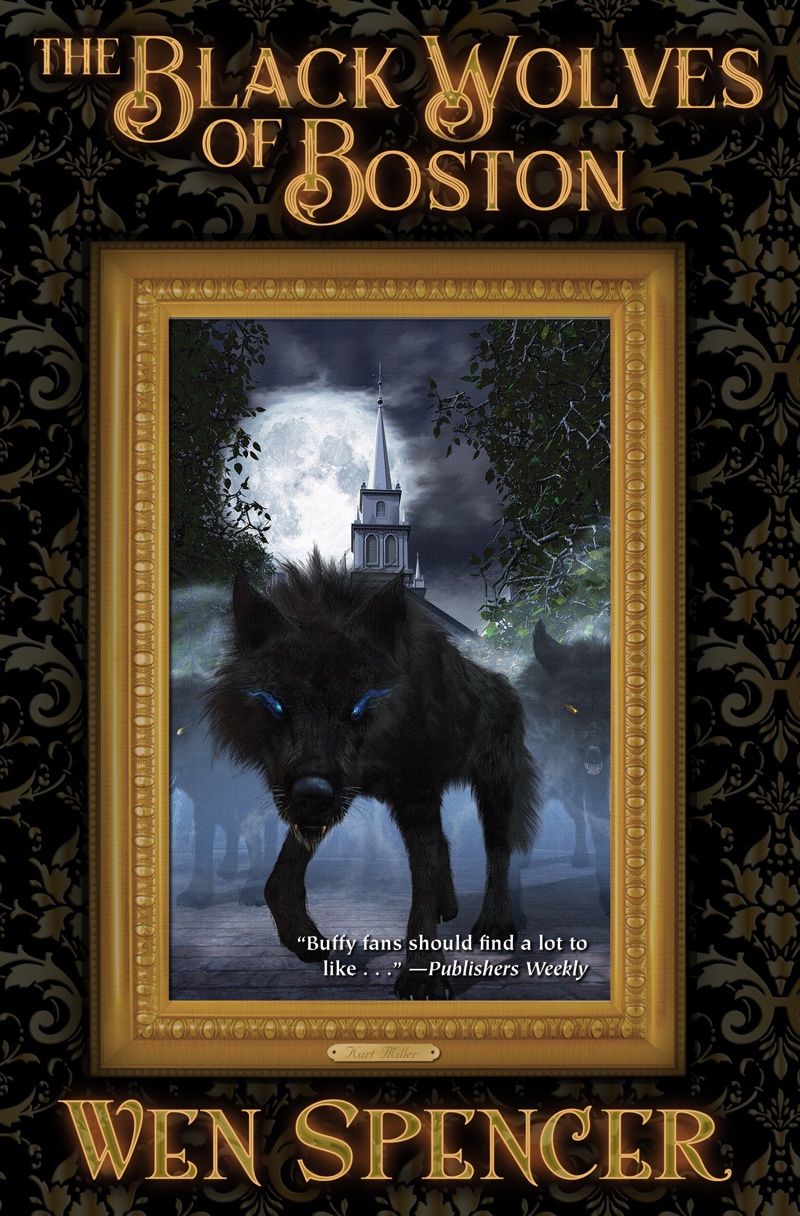 Silas Decker had his world destroyed when he was attacked by vampires outside of New Amsterdam. He has rebuilt his life a dozen times in the last three hundred years—each time less and less successfully. Now he lives alone, buried under a hoarding habit, struggling to find some reason to wake up with the setting of the sun.

Elise is a Virtue, pledged to hunting evil. What she doesn’t know is how to live alone in a city full of strangers who know nothing about monsters.

Seth is the sixteen-year old Prince of Boston, ward of the Wolf King. Now he is left in a city that desperately needs his protection with enemies gathering all around.

Joshua believes he is a normal, college-bound high school senior. His life is shattered when he wakes up in a field, covered with blood, and the prom committee scattered in pieces about him like broken dolls.

These four must now come together to unravel a plot by Wickers, witches who gain power from human sacrifices and have the power to turn any human into their puppet. Four people who lost everything struggle to save Boston by saving each other.

Joshua really thought it would be easier to catch a rabbit; he was a werewolf, after all. The stupid things, though, could turn on a dime and kept zigging when his body kept zagging.

And then there were the trees.

He hit yet another oak tree, this one only about four inches wide, but enough to knock him down and nearly knock him out when he hit it. Acorns rained down on him. It felt like the oak tree was laughing at him.

“Stupid tree.” He kicked it while still lying flat on his back. There was a loud crack and it toppled slowly away from him. Joshua groaned and slapped his hands over his eyes. He was doing this at night so no one would see him or know what he’d done. People might not notice if half the trees in the Back Bay Fens Park had face impressions but they weren’t going to miss a downed tree.

If he were a real wolf, or at least as real a wolf as he got, then catching a rabbit would be easier. Maybe. At least he probably could zig and zag faster on all fours. He had no idea, though, if he was a traditional werewolf who needed the full moon or the newfangled sparkly kind that could pop the wolf out at any moment, like a very violent and hairy sneeze.

Of course, he wasn’t sure if he could kill a rabbit if he managed to catch it. And eating it? The more he chased the stupid things, the less they seemed like tiny fried chickens. His stomach growled loudly at the thought of crispy breaded meat.

“Oh shut . . .” He froze as he realized that he wasn’t alone. Someone was standing behind him, just out of reach. Oddly, he hadn’t heard them walk up.

“What exactly,” the person drawled out slowly in the tone you use on a misbehaving toddler, “are you trying to do?” Emphasis on trying, because even the trees knew he was failing.

Joshua lifted his hands and tilted his head back. A tall, lean young man stood looking down at him with his head tilted slightly in confusion. His long hair was pulled back into a hipster’s ponytail. He was wearing a long black coat and a white scarf that fluttered in the chilly wind.

“Landscaping,” Joshua said. “I’m the new tree guy for the city of Boston.”

“Oh.” The man eyed the toppled oak. “I see. I’ve been watching; you’ve run into a dozen trees now.”

“I’m testing them for rot,” Joshua stated firmly. “It’s very hard to tell from the outside. You got to thump them good. Like a pumpkin . . .” He was babbling like a complete idiot now.

The man tilted his head in the other direction. “Aren’t you a little short for a tree trimmer?”

Joshua growled in annoyance and climbed to his feet. Not that it helped. Life had always been unfair to him, starting with his last name and ending with turning him into a very inept werewolf. Along the way, for complete shits and giggles, it had made him embarrassingly short too. Joshua only came to the man’s shoulder.

Smells had been driving Joshua nuts since he’d woken up a werewolf. It had been the scent of the rabbits that started the entire trying to catch them fiasco. This man smelled of expensive cologne and something faintly sweet that triggered a strange urge to rub against him. Joshua stepped back a couple of steps to lessen the effect; he didn’t want a repeat of the fire hydrant incident. Stupid dogs. At least, he assumed it was dogs. He couldn’t imagine there were other werewolves out there, walking around on autopilot like he seemed to be half the time, pissing on fire hydrants without realizing what they were doing.

And to top everything off, his stomach growled again. Loudly. “You’re hungry.” The man stated it as a fact.

A growl of anger slipped out without him even knowing it was coming. His temper had become something separate from him; it roamed around him like a high school bully looking for victims. Joshua closed his eyes and took a deep breath and found his center. He normally was a much calmer person than this, but normally he was a much less hairy person than this. He actually had five o’clock shadow for the first time in his life.

“Are you some kind of tree police?” Joshua asked without opening his eyes. “Do you feel as if you have some kind of civic duty to come out here and—and—annoy the hell out of me?”

“Well—yes—I do have a civic duty to stop you—that is—if you needed stopping. If you’d kept to simple tree assault, I would have just kept watching. It was fairly entertaining, in a train wreck kind of way. You’ve moved up to tree homicide.”

“Homicide?” Joshua opened his eyes to give the man an annoyed glare. “That implies intent. At most, this is tree slaughter. Maybe even just reckless endangerment—it might not be dead.”

They eyed the tree in silence. His kick had sheered the tree trunk off five inches from the roots, leaving behind a jagged white stump, flowing with sap.

“Yeah.” Joshua had to agree. It occurred to Joshua that this person might be undercover cop or some off-duty park ranger or a very lost Canadian Mountie or something. He’d seen Joshua destroy a piece of public property worth hundreds of dollars. The man might try to arrest him. That wouldn’t end well for either one of them.

He missed the fact that the street ended.

He missed the turn.

He didn’t miss the wall.

He hit it and kept going, smashing through wood and drywall in a cartwheeling blur of destruction. ere were shelves of pots and pans and dishes and Halloween decorations. Somewhere along the way there was a glass display full of knives.

He came to a stop on the far wall beside a display of jack- o-lantern cookie jars, surrounded by broken china and drifting clouds of plaster.